My take on a centerline finder

For a proper neck set and bridge positioning on my guitar builds a want to build my one centerline finder. This project I designed in Autodesk Fusion 360. The files can be downloaded under http://a360.co/2awxJeE. 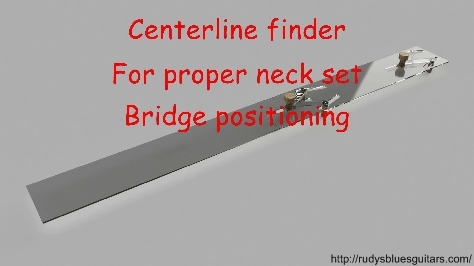 The Fusion 360 construction include all parts except the six woodscrews for mounting the nuts and the bolts. 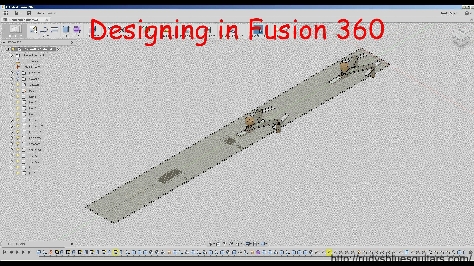 The tool paths for milling I also generated in Fusion 360. 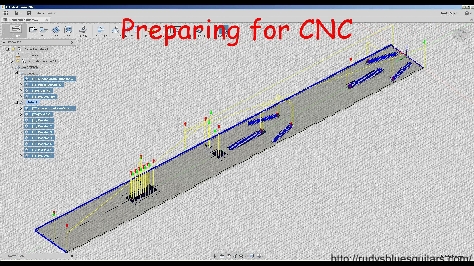 The first part I have build is the ruler. This part is milled out of transparent acryl. 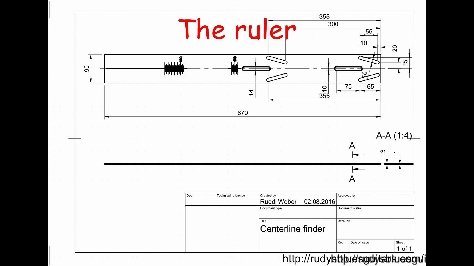 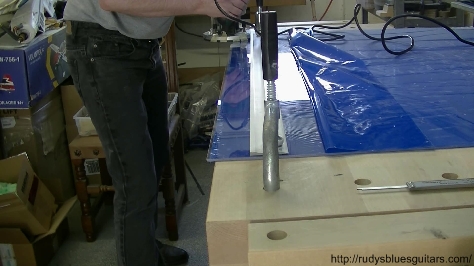 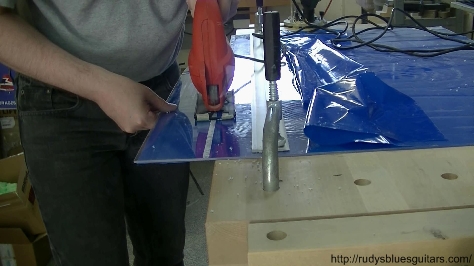 The milling I have done on my CNC that’s controlled by Mach3. 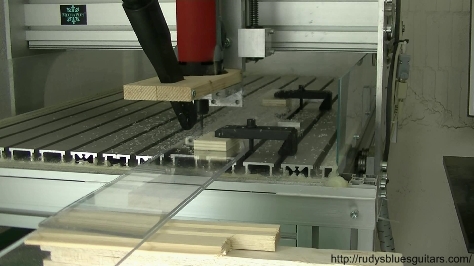 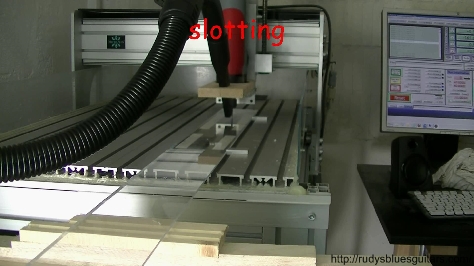 Beside centering the neck I decided to add a scale to check an realign the bridge if needed. 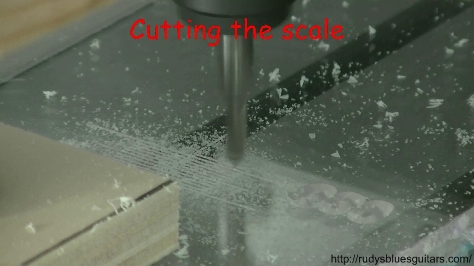 The centering will be done by four bolts, that are sliding in four angled slots. Each pair of this bolts are pushed by a t-glide in a center slot through links. One of these links on a pair has a washer, so it’s laying parallel to the surface of the ruler. 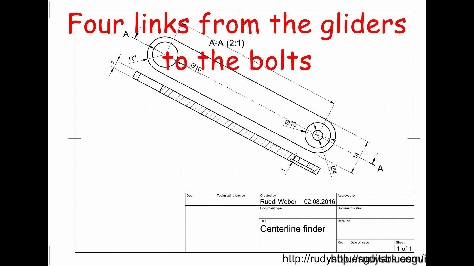 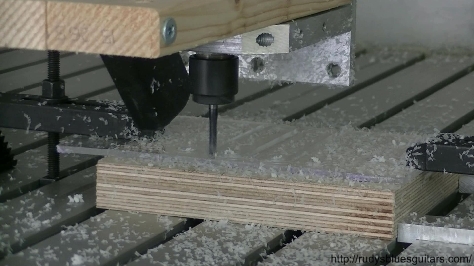 The T-Glides I made out of plywood. I milled a pair out of a 20 mm thick peace. 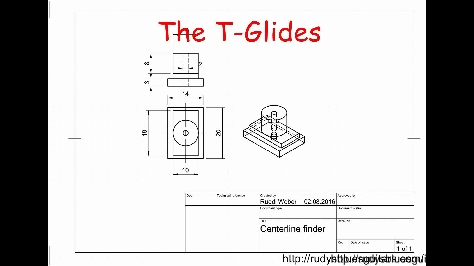 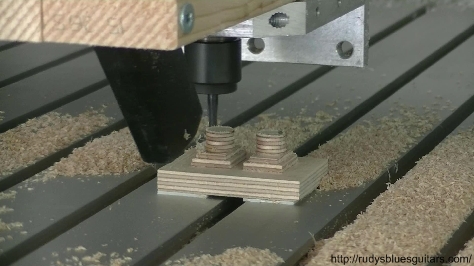 On the band saw I have cut the peace’s out. 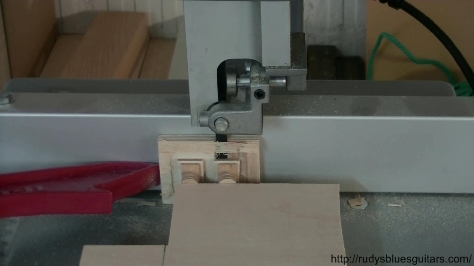 The bolts and the nuts I turned out of a round peace of beech wood. 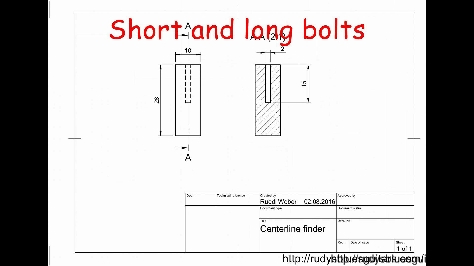 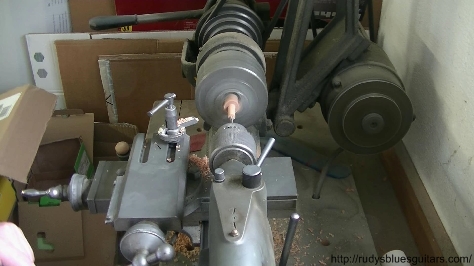 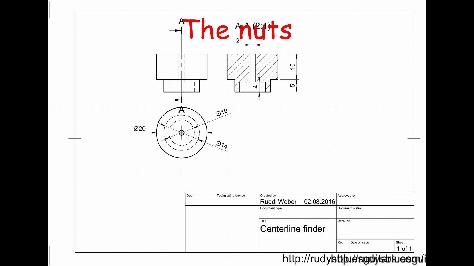 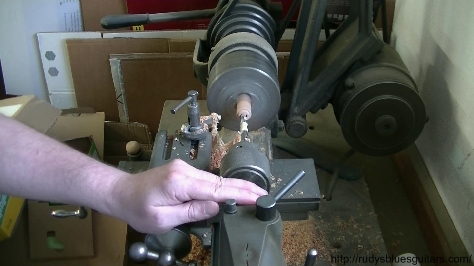 With prethreading the T-Glide I’ve made sure, I can lock the centered position. 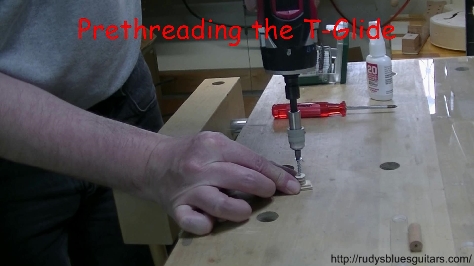 With gluing in the wood screw in the nut turns always with the screw. 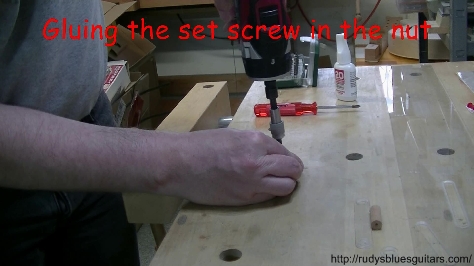 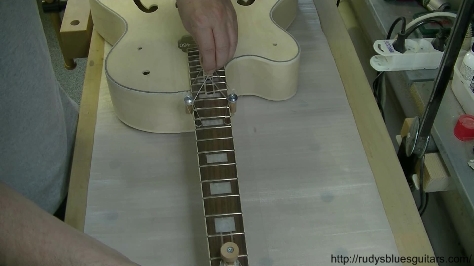 The same reading, as I measured with a stared edge, but a lot faster. 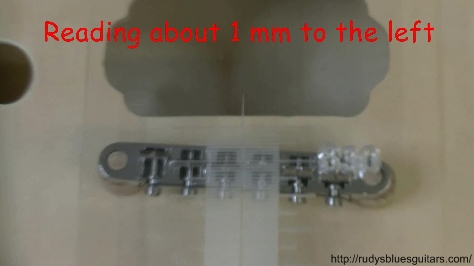